The vision for an ecological and social future of the metropolitan city-region Berlin-Brandenburg formulated by SMAQ in collaboration with Kopperroth, Alex Wall, Office MMK and Stefan Tischer Landschaftsarchitektur awarded in the framework of the international urban idea competition “Berlin-Brandenburg 2070“ is on show in the framework of the exhibition „Unifinished Metropolis“ at Kronprinzenpalais in Berlin. [more]

SMAQ’s projects for the Überseeinsel in Bremen are presented in the group exhibition “urbainable – stadthaltig. Positions on the European City for the 21st Century“ at the Academy of Arts (Akademie der Künste) in Berlin.   The exhibition “urbainable – stadthaltig” examines the role of the European city in the age of global warming, digitisation, [more] 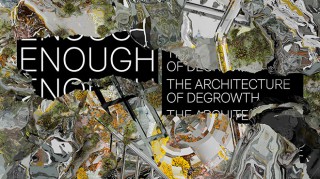 In the framework of “projekt bauhaus” and alongside the international symposium ‘Can design change society?’ (September 18–19, 2015), a pop-up exhibition at the Haus der Kulturen der Welt in Berlin will showcase SMAQ’s “Charter of Dubai” together with 24 other project prototypes centred on the theme. Classical modernism – the Bauhaus in particular – stands [more]

The International Architecture Biennale Rotterdam IABR-2014, curated by Dirk Sijmons, presents under the theme “Urban by Nature” in the section “Urban Metabolism” SMAQ´s project “Rainmaker – A City Generating Rain” which was conceived for the metropolitain region of Casablanca, Morocco.

ARAB CONTEMPORARY is the second chapter in the series “Architecture, Culture and Identity” at the Louisiana Museum of Modern Art, Denmark. The exhibition takes the visitor to old Yemenite civilizations and new cities like Dubai and new architectural projects that relate to the desert as place. It shows SMAQ’s proposal Ex-Palm for the transformation of Palm [more] 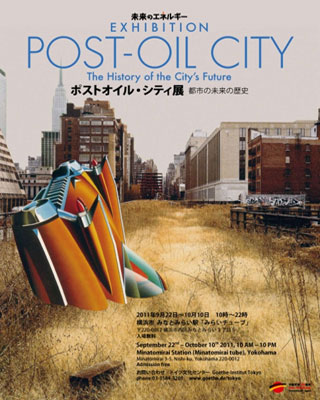 Today more than half of the world’s population lives in cities. Facing climate change and finite supplies of fossil fuels, therefore, also means facing urban challenges. The exhibition “Post-Oil City: The History of the City’s Future” presents a host of innovative city planning projects in Asia, Africa, and the Americas. The exhibition has been produced [more] 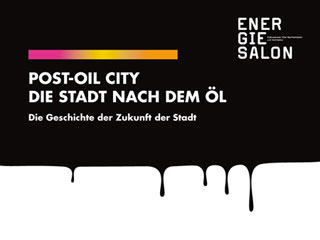 Sorry, this entry is only available in Deutsch.

The exhibition “Concrete Geometries” at Architectural Association (AA) in London presents among others SMAQs Charter of Dubai. The twenty projects in the exhibition investigating how geometric aspects of space such as size, shape or relative position of figures are perceived and influence behavior, not in an abstract but very real sense.

By bringing together artworks and practices that point to overlapping trajectories within the contemporary urban landscape, this year Matrix City exhibition ‘Opportunities of Entanglement’ speaks about ambivalences between entanglement (or even enslavement) and the next playful ‘liberation of mankind’. The exhibition touches upon the shelf life or expiration date of contemporary concepts of the city; [more] 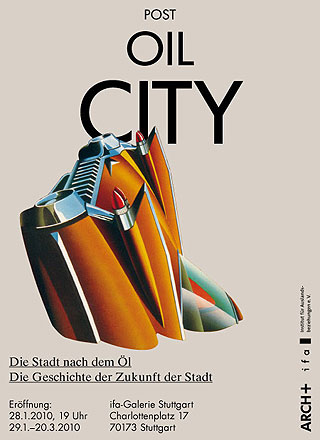 Remise Bludenz, 2010.   All utopias are depressing, because they leave no room for chance, for difference, for the “miscellaneous”. Everything has been set in order and order reigns. Behind every utopia there is always some great taxonomic design: a place for each thing and each thing in its place. (Georges Perec, Species of Spaces [more]

The fourth edition of the International Architecture Biennale in Rotterdam (IABR) with the theme “Open City – Designing Coexistence”, curated by Kees Christiaanse, presents SMAQ´s manifesto “The Charta of Dubai” and its application: “X-Palm” as part of the exhibition REFUGE, sub-curated by Philipp Misselwitz and Can Altay, at the Netherlands Architecture Institute (NAi). 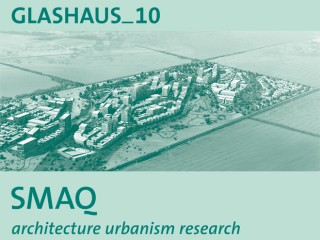 GLASHAUS_10, a series by the German Center for Architecture DAZ in Berlin, is presenting SMAQ and their work in a solo exhibition with the title Environment – Umwelten. 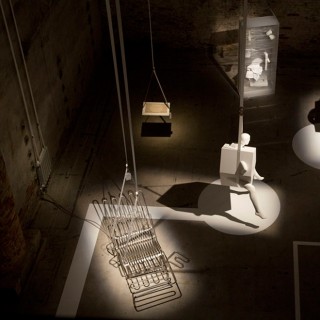 Two of SMAQ’s projects are featured at the Venice Biennale, 11th International Architecture Exhibition Out There – Architecture Beyond Building curated by Aaron Betsky. The Cosy Chair designed for Droog Desing is on show in the S1NGLETOWN Exhibition curated by Droog and KesselsKramer from September 14th to November 23rd 2008. The project Cumulus for Oslo, [more] 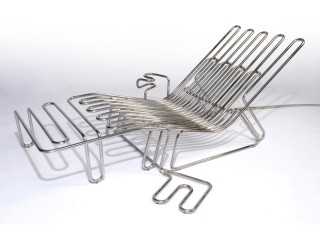 During the Salone del Mobile 2008 in Milan SMAQ’s Cosy Chair designed for Droog Design is on display at the Fondazione Antonio Mazzotta. A touch of Green In the footsteps of scientific researchers and opinion leaders, designers and manufacturers are also claiming sustainability. Droog has always focused on the mental or human side of product [more]

In the framework of the exhibition “Post-it City. Occasional Urbanities” the CCCB – Centre de Cultura Contemporània de Barcelona presents  SMAQ’s project “Call me now!” that explores alternatives uses of the mobile phone and its consequences in the capitals Brazzaville and Kinshasa in the Republic and the D.R. Congo. Post-it City looks at different overlapping [more]

The Los Angeles branche of the Museum of Applied Arts in Vienna MAK Center for Art Architecture presents SMAQ’s project LA Water in the exhibtion Ah CA va bien. For their project, SMAQ investigated a Los Angeles dichotomy: How so dry a place has come to be known for a wet lifestyle of green lawns [more]

The DAM (Deutsches Architekturmuseum) in Frankfurt is presenting the exhibition Shrinking Cities: Nine Urban Ideas. Besides more than 20 other projects by contemporay architects it feature SMAQ’s project Schkreutz. City Map. 1st Edition. Shrinking Cities: Nine Urban Ideas In the 1990s, more than a quarter of the world’s big cities shrank, and their number continues [more]

Among others the exhibition Searching for an Ideal Urbanity at Akademie Schloss Solitude in Stuttgart is presenting the project Call me now! by SMAQ supported by From/To Europe that is based on the research of moblie phones in Brazzaville and Kinshasa. When the French philosopher Henri Lefebvre criticized urbanism as an authoritarian and immediately-antiquated controlling [more]

Génération Europan recalls 20 years of Europan competitions, which since its creation made emerge on the European scene young talents in the fields of architecture and the urban design. In the course of the eight sessions, 430 sites were proposed with the reflexion of approximately 40.000 young designers gathered in 15.000 teams. The juries of [more]

The Shedhalle in Zurich is presenting SMAQ’s research Mobile Kinshasa as part of the exhibtion From/To Europe #3 Roaming Around – Digital Devide, Regional Codes, Copy/South & the Question of Access.

In an international competition with 398 entries SMAQ’s project “Water Folly on the Dock” was selected as one of the eleven best entries. The exhibition FollyDOCK in the Netherlands Architecture Institute (NAi) in Rotterdam presents SMAQ’s project with 44 other selected entries.   Exhibition: June 24 – September 24, 2006 Opening Hours: Tuesdays to Saturdays [more]

The ABC Architectuurcentrum in Haarlem, Netherlands is presenting the exhibition “Creative immigration in NL – Typical NL architecture by NO NL architects”. The exhibition includes, amongst others, four of SMAQ’s projects and related products. The exposition shows a selection of design professionals in Holland: architects and graphic designers. None of them has from origin a [more] 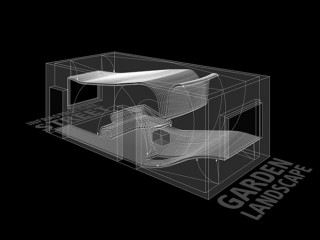 The installation “Suburban Living Room” thematizes, in the context of the Weissenhof housing development (Mies van der Rohe) inStuttgart, the change of living towards an intersection of infrastructure and the leisure landscape. Whereas modernity was striving for the opening of the interior to the exterior, the ideal of suburban living today, in an age that [more]

The Salon Blauraum in Hamburg, Germany is presenting SMAQ’s exhibition “Architectures for the Infrastructural Leisure Landscape”. The three projects presented are architectural maneuvers that develop strategies of embracement, negotiation and adaptation to activate, take advantage and authenticate the contemporary landscape. The exhibition is supported by the Netherlands Foundation for Visual Arts, Design and Architecture. What [more]